Expressing his delight His Royal Majesty, Ukori 1, Ovie of Agbon Kingdom described Mr. Omaruaye as his “son” and added that it was Omaruaye’s late father, Honourable Sylvanus Silas, a former Member of the defunct Bendel State House Assembly and successful business man, who was his friend. 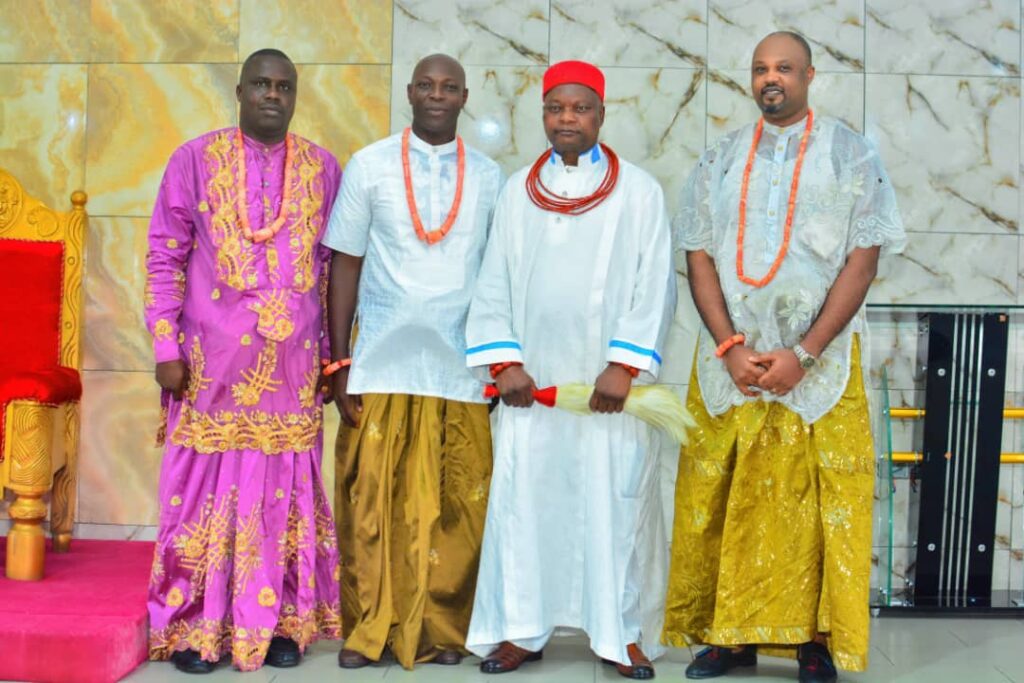 The Agbon Monarch noted the fact that the Urhobo Nation was proud of Omaruaye as he has kept faith with history by upholding his Father’s name through the expansion of his Father’s business and demonstrated like passion for the Urhobo Community, just like his Father. He confessed that if he was not a King, he would have personally gone to the campaign ground for the Senatorial hopeful, given his pedigree. He then prayed for him and the entire APGA Candidates viz: Barr. Michael Ogboru, the APGA Candidate for Ethiope Federal Constituency and Engineer Otobritse, the APGA Candidate for House of Assembly in Ethiope East.

In same vein, His Royal Majesty, Richard Ogbon, the Owhorode of Olomu Kingdom and the Oldest King in World at 105 and 8 Months, praised God for Peters Omaruaye and all the APGA Candidates including Chief David Ekorhi, the candidate for the Ughelli / Udu Federal Constituency and Barr Abraham Erhuen, the APGA candidate for Ughelli South Constituency.

He encouraged them to hold on to God who is more than able to carry them through. 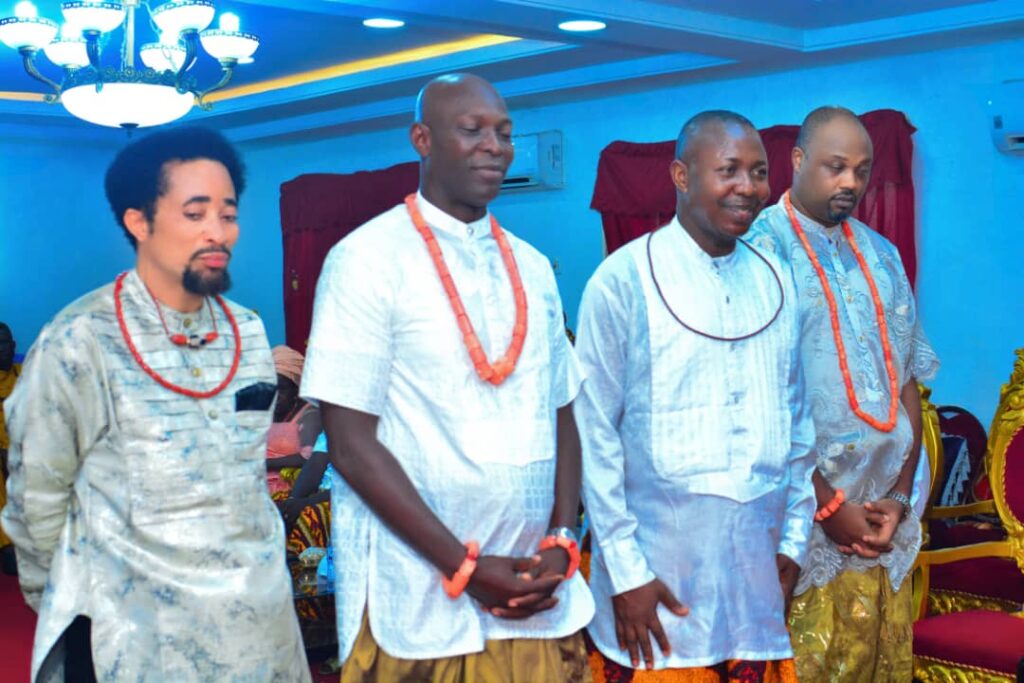 He specifically commended Mr. Peters Omaruaye, for lifting the name and profile of his late father, who he said was a thorough bred and true Urhobo man who promoted the culture of Urhobo people through his representation in the defunct Bendel State House of Assembly. He thanked him for ensuring that the Omaruaye name was preserved through generations which was a feat that was not easily achieved by sons of many dead Urhobo men.

The Olomu monarch noted that since Omaruaye and the other APGA candidates have confirmed that they genuinely wish to serve the Urhobo Kingdom, then God will see them through by granting them their heart desires. 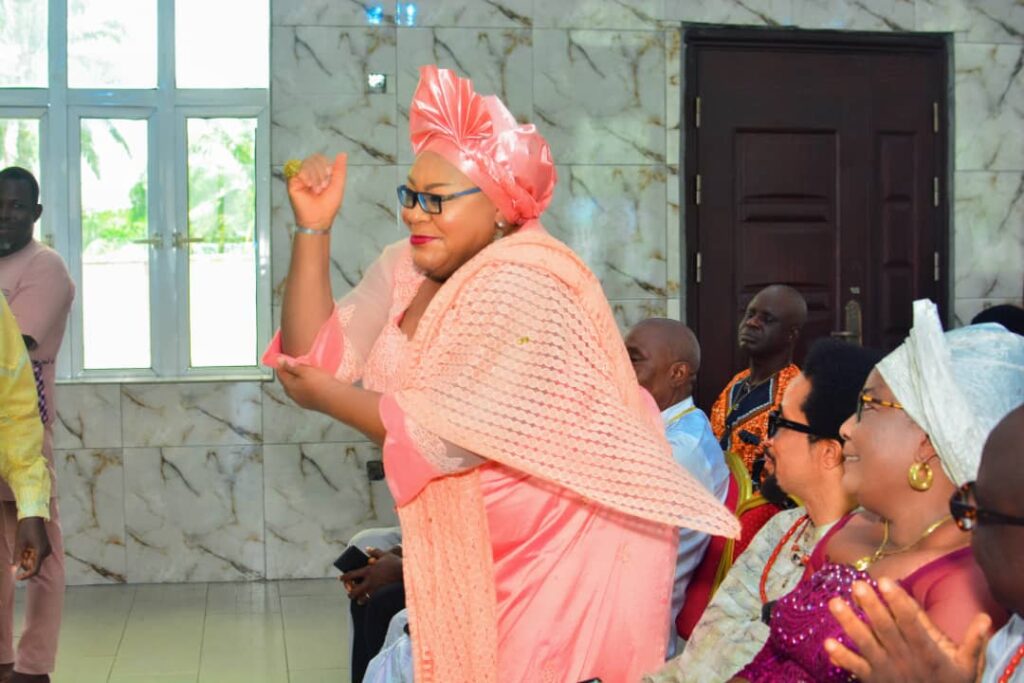 In his presentations to both kings, Omaruaye, noted that the new generation of politicians are prepared to do things in a new and different way, with the interest of the people first, adding that they are forerunners of Chief Great Ovedje Ogboru, the Governorship Candidate of the party, who will visit them soon. He expressed confidence on the fact that their entrance into governance is expected to change the Political narrative, which will transition into tangible benefits for Nigerians,

He noted that, by the grace of God, the election was going to spring lots of surprises, especially since 2023 General Elections will be conducted based on the Biometric Voting Automatic System (BIVAS) which has confined the true deciding factor, in electioneering, to the people and thus, only popular and grass root candidates will emerge. 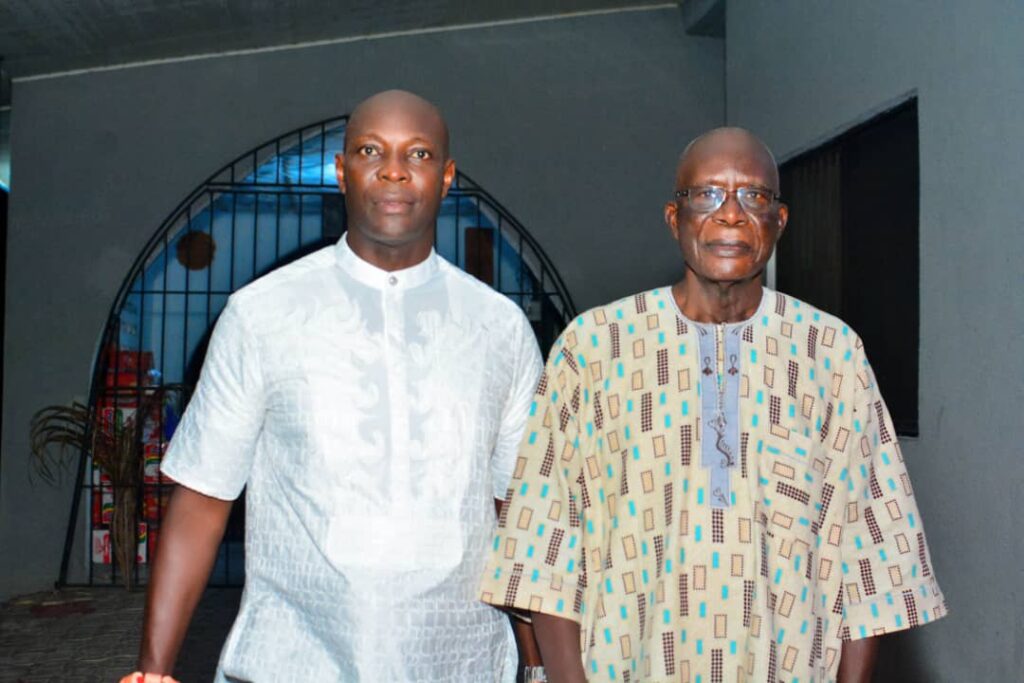 The APGA team thereafter moved on to meet with the Retired Rev. Vincent Muoghereh, the Pioneer Anglican Bishop of Ughelli Diocese, at Uwheru Kingdom of Ughelli North Local Government Area to hand over some relief materials for flood victims to the Retired Bishop on behalf of the Community in the presence of His Royal Highness, Samson Obruche, the Odion-Rode of Uwheru Kingdom. 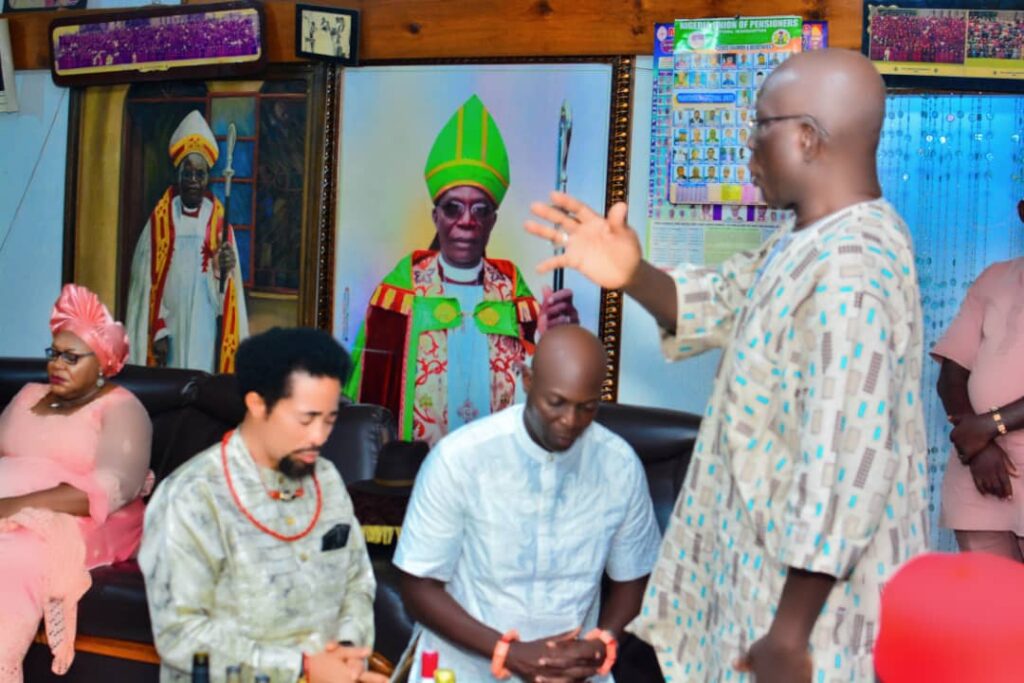 In his welcome speech, Bishop Muoghereh commended Omaruaye for the gesture and explained that the Odion-Rode had evacuated his residence because of the devastating floods.

Retired Bishop Muoghereh described Omaruaye as his “son”, disclosing that Peters Omaruaye’s late father that was his friend and classmate. He noted that the 2023 General Elections is going to be based on personality and not political affiliations because quite a huge number of Nigerians are facing undue challenges and those who genuinely have the interest of the people based on their track records will eventually be voted for and that his prayers were with Omaruaye and his team. 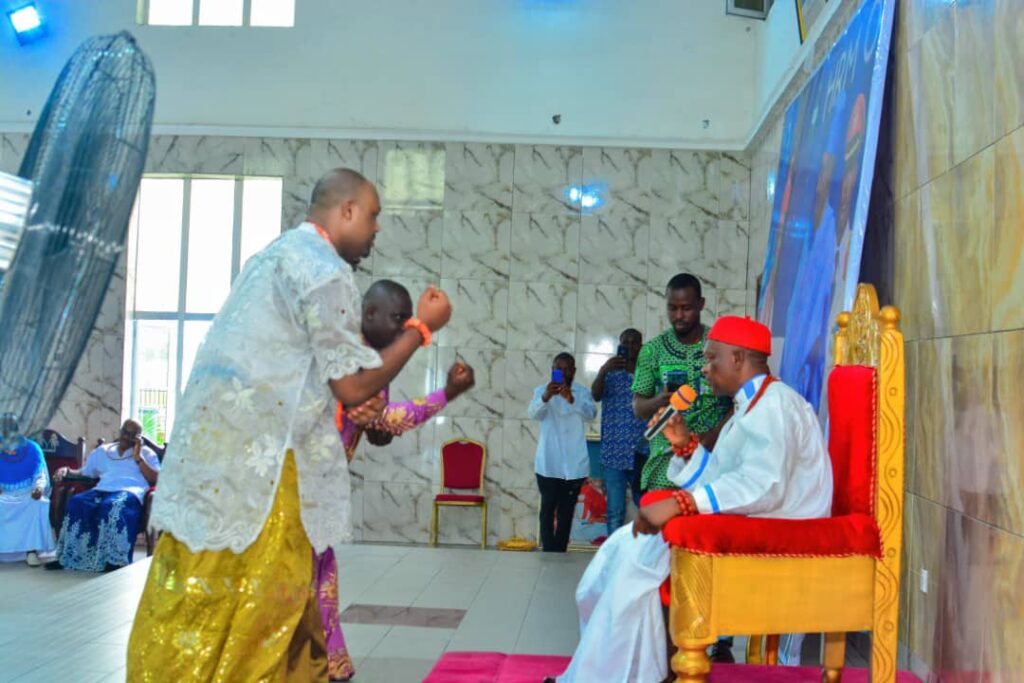 On his part, His Royal Highness, Samson Obruche, the Odion-Rode of Uwheru Kingdom expressed bitterness over the attitude of the present crop of politicians in Nigeria. He urged Mr. Omaruaye and the APGA team to follow the path of late Senator Pius Ewherido and late Chief Mukoro Mowoe, the First President General of Urhobo Progress Union UPU, who used his personal wealth to work for the progress of the Urhobo nation.

The monarch added that today Chief Mowoe is evergreen in the heart of the average Urhobo because he was not only able to unite Urhobos, but also established Urhobo College, Effurun, Delta State.

Both the Uwheru monarch and the retired Bishop Muoghereh finally prayed fervently for the success of Mr. Peters Omaruaye and Chief Daniel Ekorhi in the 2023 General Elections.