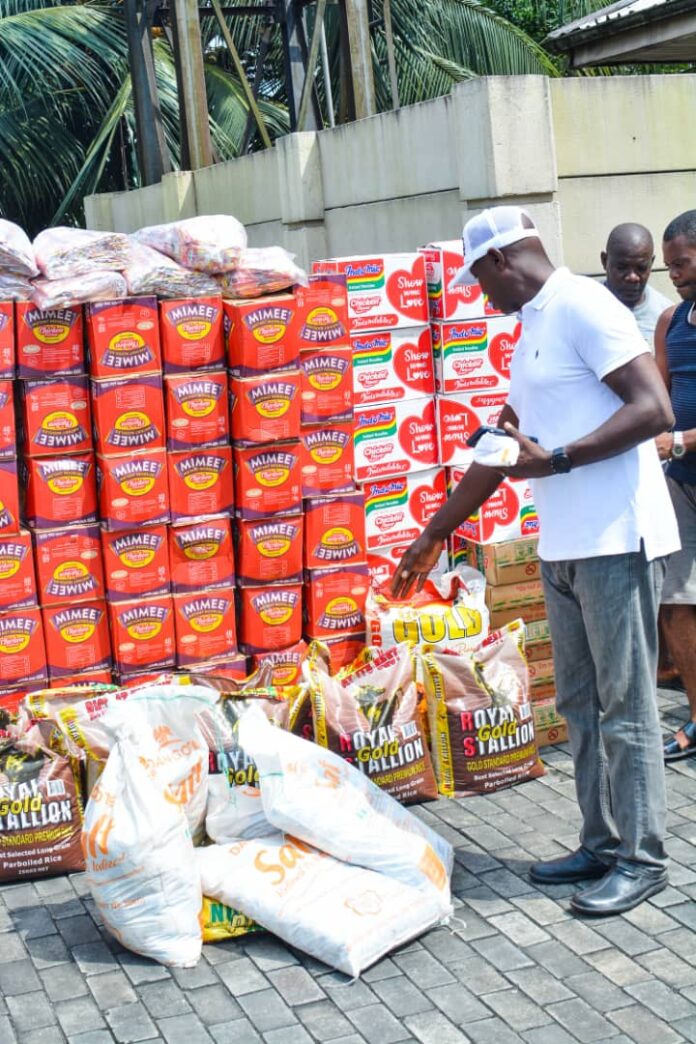 On Wednesday, the 27th of October, Mr Peters Omaruaye, the Delta Central senatorial candidate of the All Progressives Grand Alliance, APGA, continued the distribution of palliatives to victims in Ewu, Otu-Jeremi, and Gbaregolor, all in *Ughelli South Local Government Area*, and in Udu, *Udu local local government area*. Items distributed included bags of rice, beans, noodles and garri. The palliatives for the victims of flooding in Udu local govenment area where handed to Chief Akpowan, an APGA chieftain in Udu, for distribution to the community.

It would be recalled that Omaruaye had previously donated Palliatives to Unenurhie Community in Ewreni Kingdom, Ughelli North constituency on the 18th October 2022, in conjuction with the candidate for the house of assembly, Ughelli north constituency, Sir Clement Ikpere. Receiving the relief items on behalf of the victims at the community town hall, the President general of the community, Mr Peter Emosi thanked Mr Peters Omaruaye and Sir Clement Ikpere for their kind gesture. 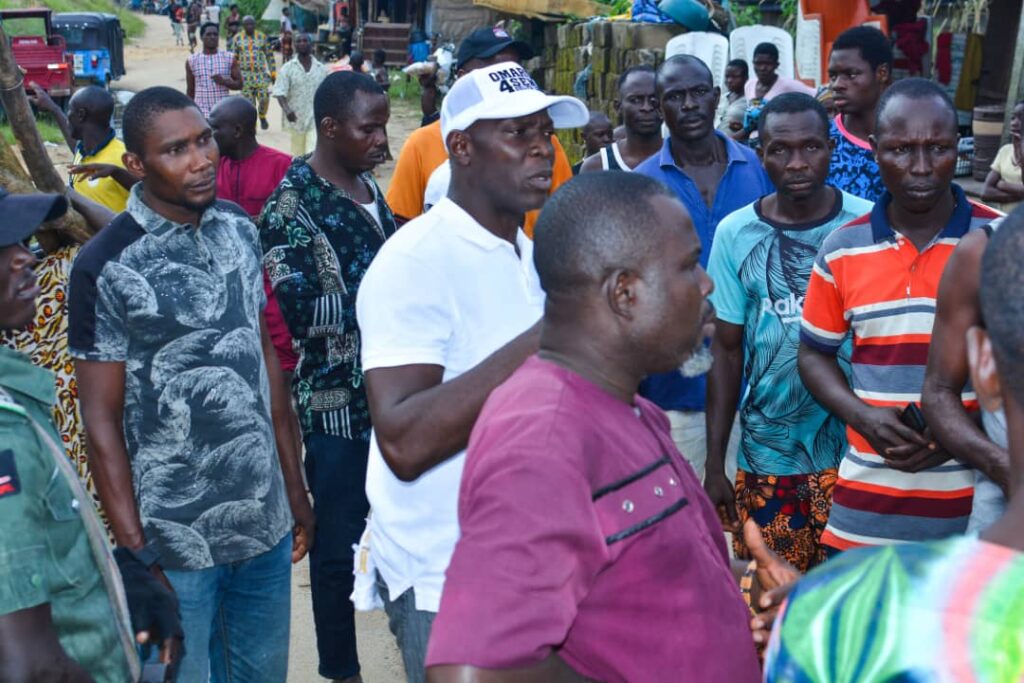 In Ewu, receiving the items on behalf of the flood victims, where Hon. Donatus and Hon. Akpors, the majority leader of the ughelli south legislative arm, and the head of the IDP camp at Ewu grammar school.

‘Team Omaruaye’ then proceeded to Otu-Jeremi were leaders of the IDP camp set up by the government at Otu-Jeremi primary school, received the items on behalf of the victims.The leaders noted that Omaruaye was the first individual and candidate to have donated palliatives to flood victims in Otu-Jeremi. They prayed God should guard and protect him. 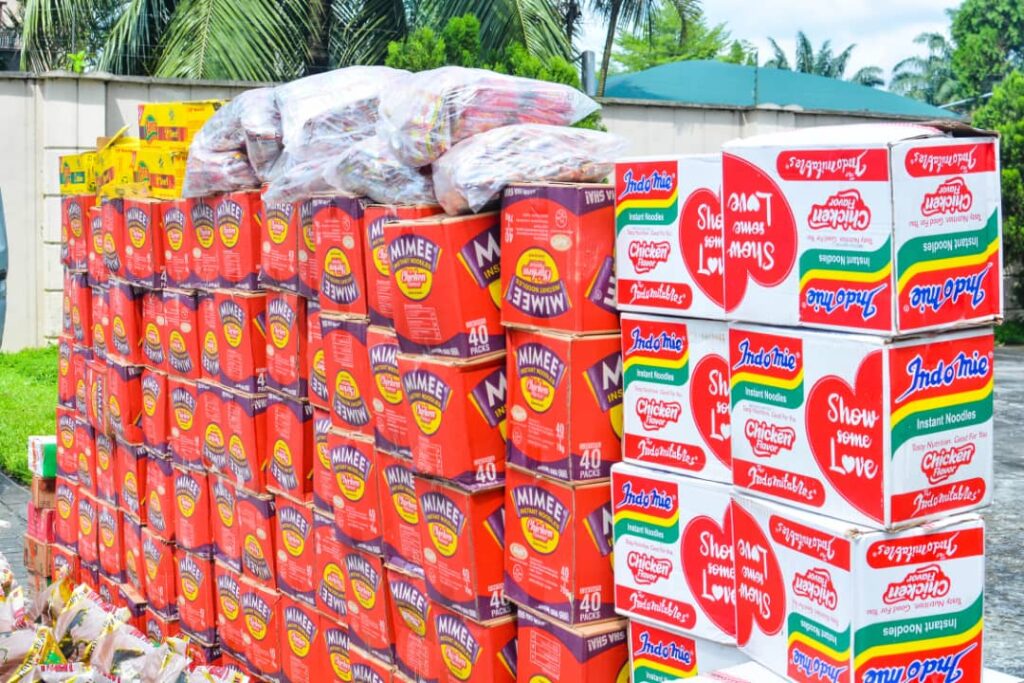 The next stop was *Gbaregolor* which was only accessible by speed boat.The journey from Ukwagbe to Gbaregolor took over an hour and revealed the extent of the destruction! On all sides, as far as the eye could see was devastation! Omaruaye expressed sadness at the devastation and “pledged to work with the other members of the national assembly, when elected, to finish work on the uncompleted Dam, and water management infrastructure that would foreclose the possibility of such flooding occurring in the future”. Mr.Peters Omaruaye noted that “…the visit was not intended to canvas for votes” but rather to show empathy to the victims of the flood who have spent more than two weeks taking shelter at the IDP camp! He urged the government at all levels to be proactive in order to curb the menace of perennial flooding in the state.

Omaruaye urged the beneficiaries to use the relief items judiciously and charged the community leaders to ensure that the items are distributed in an equitable manner to all of the victims, promising to raise more funding for additional palliatives. 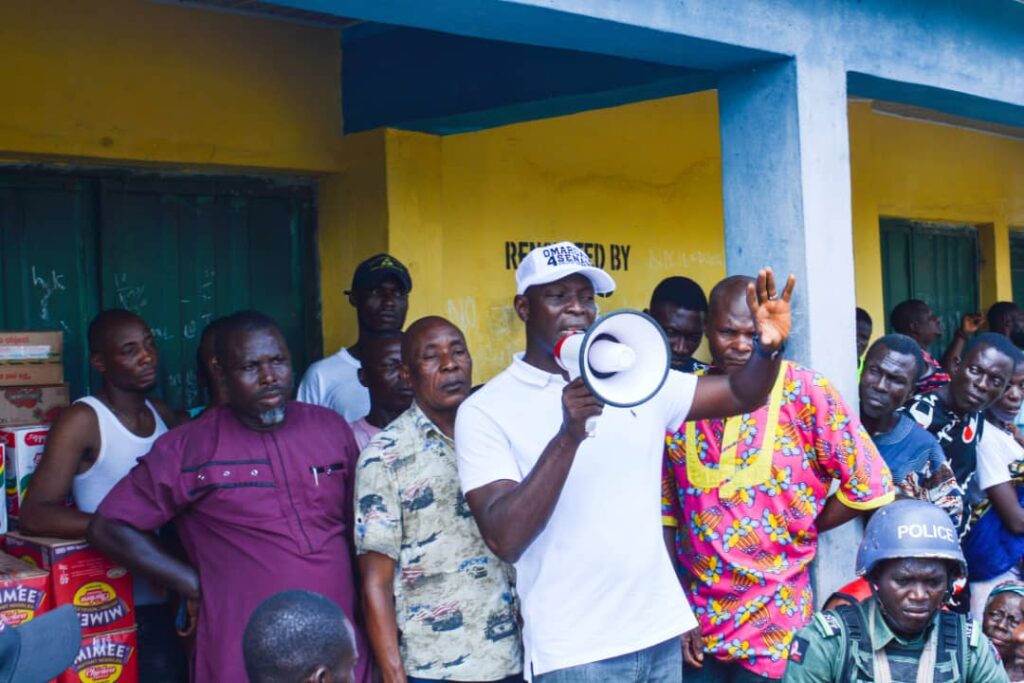 Mr. Omaruaye thanked the communities for their steadfastness and also thanked the various contrubutors of funding for the palliatives, for their generosity. The contrubutors include *The F&P foundation, The Educa8cares Foundation, Ijeawele fitness, and *The Omaruaye Family* and many friends and well wishers.