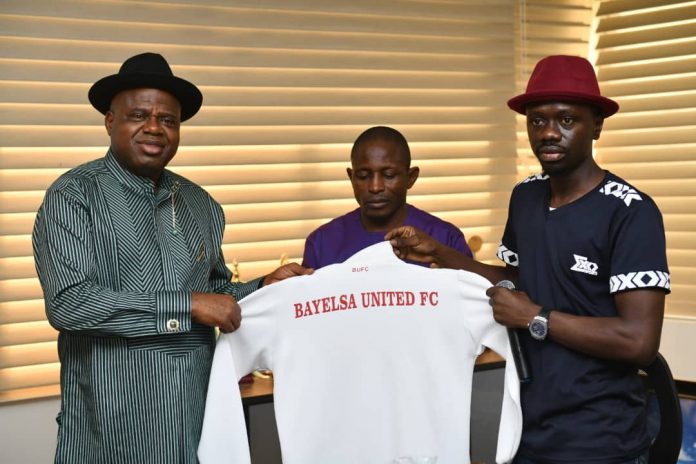 Governor Diri said he was excited that a young Nigerian entrepreneur, Mr. Luper Anaka, was behind the deal to kit the team at no cost to the state government.

The governor gave the commendation in Government House, Yenagoa, when the Commissioner for Youth and Sports Development, Mr. Daniel Igali, presented the official kits of Bayelsa United to him.

In a press release by his Chief Press Secretary, Mr. Daniel, he called on multinational oil companies and corporate organisations to take over the sponsorship of sports as government ownership of teams was no longer fashionable.

He noted that for sporting activities to thrive in Nigeria, the private sector must participate in its development while urging private firms to harness the potential of talented youths in the state through sports.

Besides, he said multinational companies should not only tap the oil resources in the state and invest in foreign clubs but that they can redirect same investments to the youths through sports.

His words: “Sports is no longer fashionable with government. It is now private sector driven. This is the only way we can grow sports across Nigeria. We must allow the private sector to participate in sports development.

“Let me again make a clarion call on private sector companies and individuals to come on board and copy from this youthful company.

“For us in Bayelsa, our emphasis is always on multinational oil companies as we see them sponsoring these events outside this country. So why not here in Bayelsa where you make all the billions of dollars?”

He also directed the procurement of buses for both teams, stating that his government was committed to enhancing sporting activities in the state.

Speaking earlier, the Commissioner for Youth and Sports Development, Mr. Daniel Igali, said over the years, the state spent huge sums of money buying kits for its football teams. 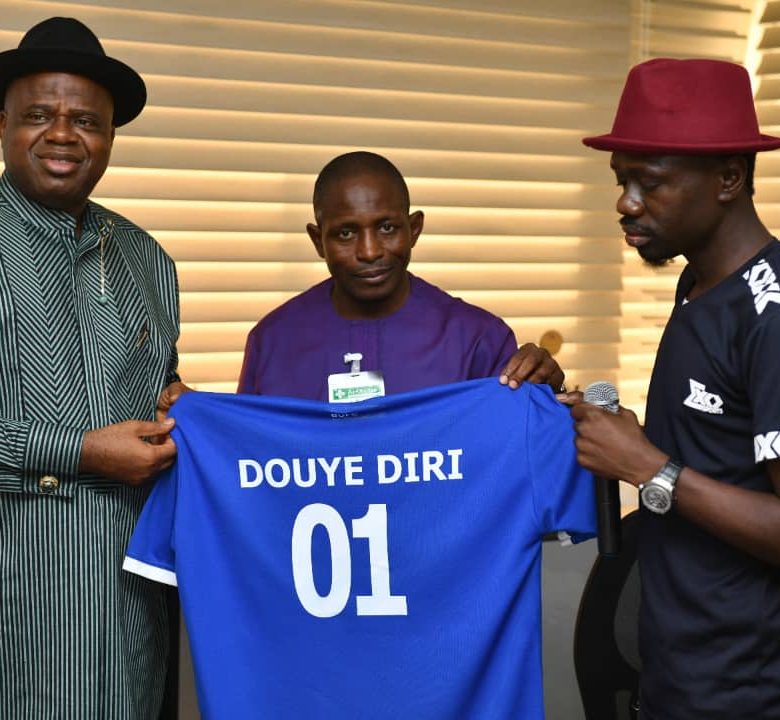 He noted that with the sponsorship initiated by XO Sports to supply and partner with the ministry on club jerseys, that chapter was closed.

Also speaking, Managing Director of XO Sports, Mr. Luper Anaka, explained that the idea behind sponsoring kits for Bayelsa United was to bridge the gap of government’s financial burden on state-owned clubs.

Mr. Anaka disclosed that part of the contract with the ministry is to market the jerseys to fans in order for them to don replica jerseys during matches.

Highpoint of the visit was the presentation of branded Bayelsa United jerseys to the governor and his deputy.