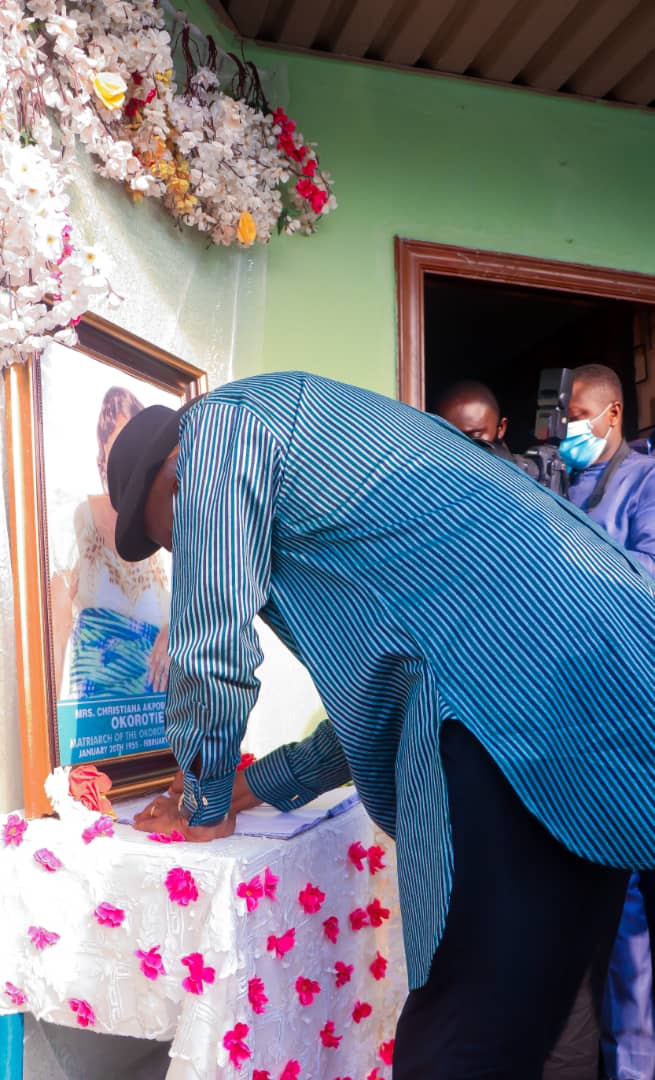 Senator Diri, who was accompanied by his deputy, Senator Lawrence Ewhrudjakpo, top government functionaries, the state PDP chairman, Solomon Aguanana and other party leaders, said he received the news of Mrs. Okorotie’s death with shock.

She passed on Wednesday, February 3 at the age of 66.

The governor, in a statement by his Chief Press Secretary, Mr. Daniel Alabrah, urged Chief Okorotie and his family to be consoled that death was a necessary end and that as Christians, there is a hope of reunion in glory.

His words: “I was shocked when I received through a text message last night the death of your wife. You have been our father, a pillar to our party and to our government. As you can see, my deputy governor and the entire government is here.

“We are here to commiserate with you. You have seen better days than we have and you also know that death is a necessary end. There was no messenger that your beloved wife will be no more today.

“But we are all consoled by the fact that you are going to meet hereafter. For us that are Christians, we believe that physically she is no more but spiritually she is somewhere waiting for you.

“You have been a role model to most of us; a father to us and we believe that the Almighty father will grant you, your children and the Okorotie dynasty the fortitude to bear this loss.”

Responding, Chief Okorotie thanked Governor Diri and his entourage for honouring the memory of his beloved wife with a high-powered delegation.

He also appreciated the government for the support he and his family had enjoyed and for standing by them in their moment of grief.

Also on the governor’s entourage were the Secretary to the State Government, Dr. Konbowei Benson, Commissioners as well as PDP caucus chairmen in the state.