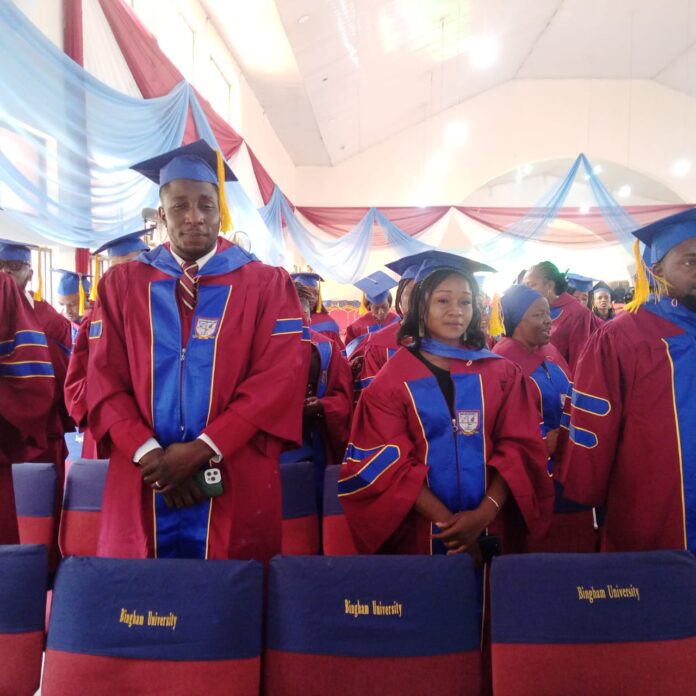 The Vice Chancellor of Bingham University, Karu, Nassarawa State, Prof. William Qurix, has said the university is leading in entrepreneurial training among universities in the country.

Qurix was speaking on the sidelines of the 4th Combined Convocation Ceremony of the university on Saturday.

He said the university was able to take the lead in entrepreneurial studies due to partnership with foreign institutions.

“What we have done as enshrined in the curriculum as directed by the National Universities Commission (NUC) and more seriously is that we have developed a model that combines practical teaching of skills together with entrepreneurship education.

”We have gone ahead to partner with foreign universities towards achieving this goals. At the moment, the centre for African Leadership and Entrepreneurship is training our staff and postgraduate students and it’s giving them current knowledge in entrepreneurship.

”We understand and we are also pioneering the introduction of discipline specific entrepreneurial studies so that is why we qualify to be the hope for entrepreneurship,” he said.

Qurix added that he was signed in as a trustee into the network for African students entrepreneurial which was launched in 2014 together with the former Executive Secretary of NUC, Prof. Julius Okojie.

He said the network pioneered the efforts to mainstream the involvement of students entrepreneurship studies which transfered the idea to Bingham University.

He called on the graduands to appropriate the knowledge they had acquired for their own survival.

”I urge the graduands to ensure they know that merely acquiring skills is not enough, you need the education that you have acquired because entrepreneurship education holds the key to national development.

”So work hard to avail yourself of every opportunities, take out your chances and make sure that you survive,” he said.

Qurix who has spent five years as the vice chancellor task members on continuity and to ensure the university is fully committed to transnational education.

He said the university would be expected to increase in student enrollment, increase in infrastructure and generally have a turnaround in its fortunes.