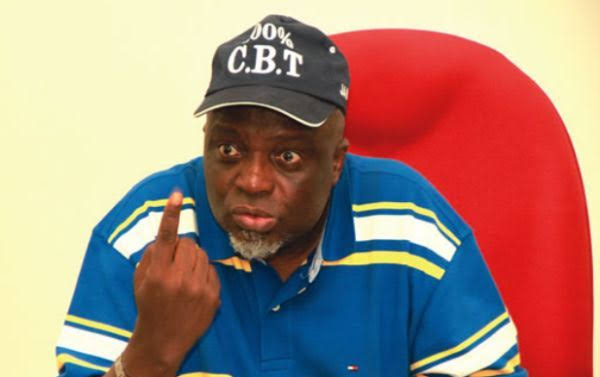 The Joint Admissions and Matriculation Board (JAMB) has explained the alleged reports making rounds in some quarters over its Registrar’s encounter with some students of Baptist Girls Academy, Lagos.

It would be recalled the school had over the weekend accused Prof Isaq Oloyede of subjecting some of its students and a teacher to emotional torture by questioning them on the N8, 000 that was said to have been collected as Unified Tertiary Matriculation Examination (UTME) registration fee in the presence of television cameras.

“Prof. Oloyede did not allow the teacher to explain the breakdown. Rather, he was publicly muscled and emotionally debased. One is even tempted to ask: Is the teacher the spokesperson of the school?

” This is not in the interest of the teacher’s psychology and the school’s public image as Prof. Oloyede took delight in disparaging Baptist Girls Academy. It is also not-too-good for the JAMB Registrar to have made the poor girl to have confronted her teacher before the barrage of cameras.

“One, the poor girl would not want to continue to savour the memory. It was a bad one for her. The psychology of the teacher was also debased given the sociopsychological web (created by the action of the JAMB Registrar) between him and his girl-student,” part of a statement reportedly signed by Prof. Oyesoji Aremu, Chairman, Education Management Board, Nigerian Baptist Convention, said.

Reacting to the development in a statement issued by JAMB’s Head of Media and Protocol, Dr Fabian Benjamin, Oloyede denied subjecting the Baptist school to media trial.

The statement read in full : “The attention of the Board has been drawn to some misconceptions making the rounds on the encounter of the Registrar, Joint Admissions and Matriculation Board, Prof. Is-haq Oloyede, with a group of students ,including some from the Baptist Girls Academy, Lagos.The board wishes to correct the erroneous impression that Baptist Girls Academy was specifically targeted by the board during the Registrar’s inspection tour.

“The Registrar was on a scheduled inspection of the ongoing 2021 UTME registration exercise in the South-West.As in the tradition of all Board’s Chief Executives, he came to assess the performance of the exercise across the geopolitical zones.

On getting to Lagos, he held a press conference after which he proceeded to JKK Computer-Based Test Centre, one of the Board’s approved UTME Registration centres to assess the registration there.

“He was accompanied on the visit by over 30 representatives of the leading media houses in the country. At JKK CBT centre, he had an interview session during which one of the journalists sought to know why some centres and perhaps schools were charging higher fees than the prescribed fee by the Board. Another wanted to know what the Board was doing to avoid the prevailing mismatch of candidates data. That is the essential details of one candidate being transferred to another .

“The Registrar, in his response, explained that the issue of mismatched data occurred as a result of group registration by the authorities of some elite schools who collect huge sums of money from parents in the name of helping them to facilitate their wards’ registration. He stated that the Board was against this practice as its examination is not a group-based exercise like that of WAEC or NECO. As such, he said candidates are expected to register individually.

“On the collection of higher fees above the prescribed fee, the Registrar said he was not aware of any large-scale extortion going on anywhere other than the exception of some elite secondary schools who are in the habit of illegitimately collecting money in the name of the Board. While the interview was ongoing the journalists spotted a group of students and drew the attention of the Registrar to them insinuating that they could be among those involved in group registration.

“Consequently, the Registrar invited them to come and meet him. He asked them how much they had paid for the UTME registration and the name of their school.

” The students replied that they were from Baptist Girls Academy and that they had paid N8000 to their school for the 2021 UTME registration. He subsequently requested to meet their teacher who was not there at that moment. The Registrar continued with the interview and the students again drew his attention to the arrival of their teacher who maintained that the school had only collected the approved fee of N4700. However, another student who was present there contradicted him and maintained that he and his colleagues had paid N8000 and not N4700 as claimed by the teacher. The Registrar then asked if any student had paid higher and another one who also claimed to come from Baptist Gurls Acadeny and said she also paid N8000 and not N4700. The Registrar then asked the teacher to reconcile what he had asserted with what the students are disclosing.

“The Registrar, however, knowing that there are administrative channels of addressing such abnormalities called on the most senior journalist at the interview session not to publish the encounter as it should be considered an off-record incident and was given that assurance by all the reporters through their senior colleague. However, to the Registrar’s surprise the promise was not kept as the report had subsequently found its way to the public domain.

“The Board would want to dissuade the public from misinterpreting this happenstance. It should be noted that the Board had, on some occasions, had cause to also sanction faith-based schools located in the Northern part of the country with no eyebrows raised from any quarter. The Board wishes to reiterate that it had always been its core policy to sanction any school that collects a dime above the approved UTME fee particularly when such exercise are linked to the Board’s hard-earned name and integrity.